Flora and Fauna of the Prehistoric World

Dinosaur Island is coming up here at Thanksgiving Point, intertwining the beautiful Ashton Gardens with giant, growling dinosaurs! While they may all look fierce (and there were plenty of predatory dinosaurs back in the old prehistoric days), several of them were full-on vegetarians.

What kinds of plants did dinosaurs eat?

Paleontologists differentiate between carnivores and herbivores by looking at their teeth. A carnivore, or meat-eater, had sharp and serrated teeth used for attacking other creatures. 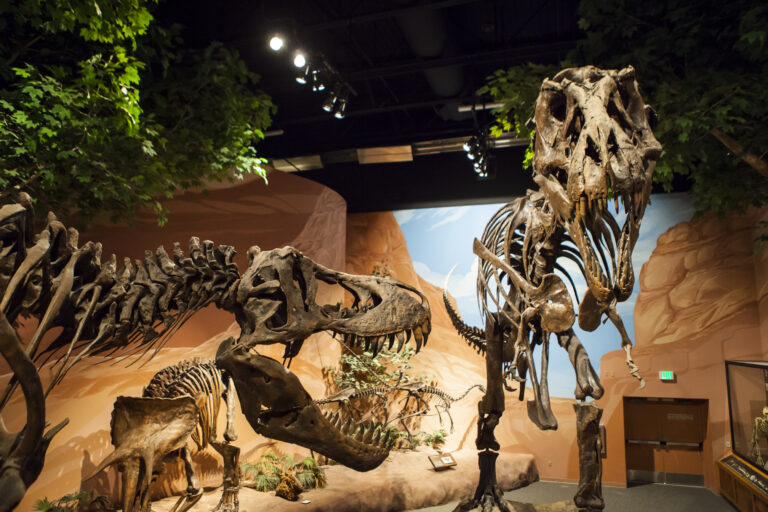 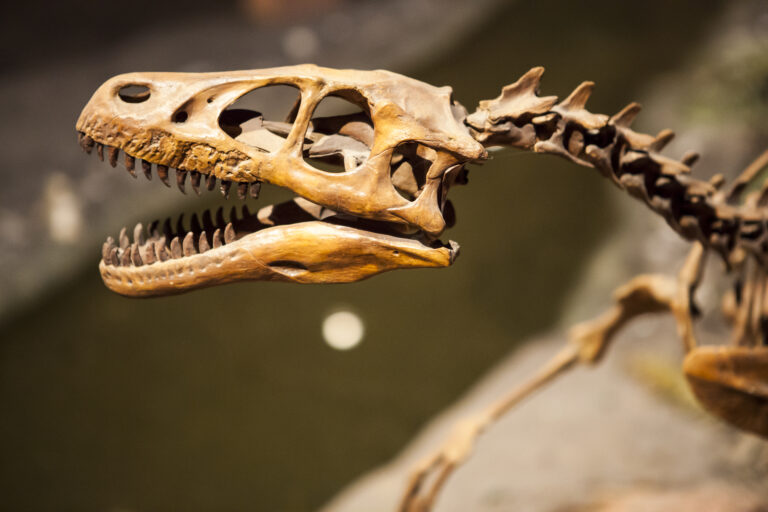 A herbivore, or plant-eater, had teeth that featured ridges. These ridges were perfect for grinding through tough, fibrous plants. 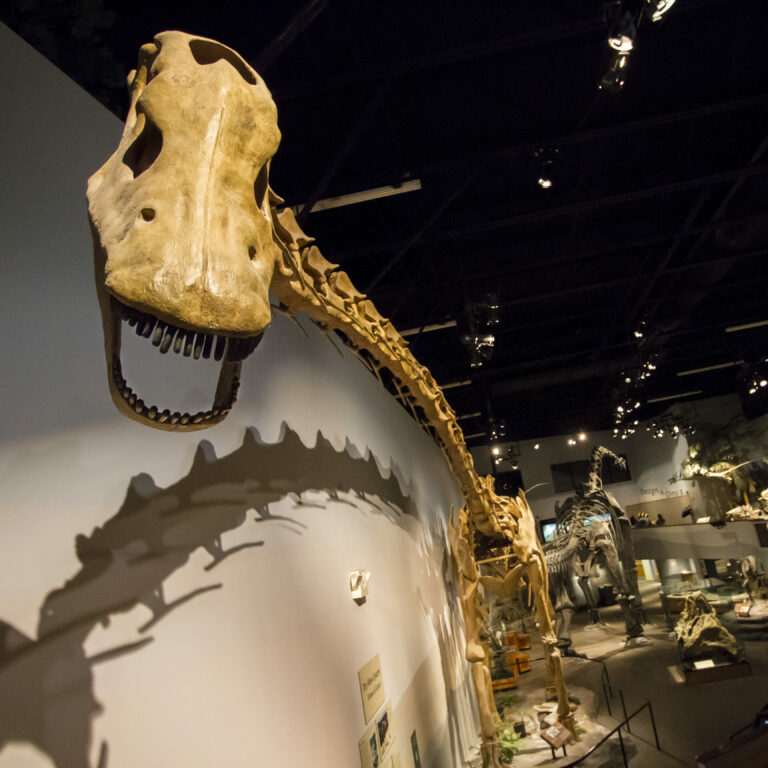 Herbivores that lived during the Triassic period likely chomped on Cycads, Ferns, Ginkgo-like trees, and seed plants. Because the Triassic climate was so hot and dry, much like a modern-day desert, the plant life was made up of flora that best lived and grew in such conditions. 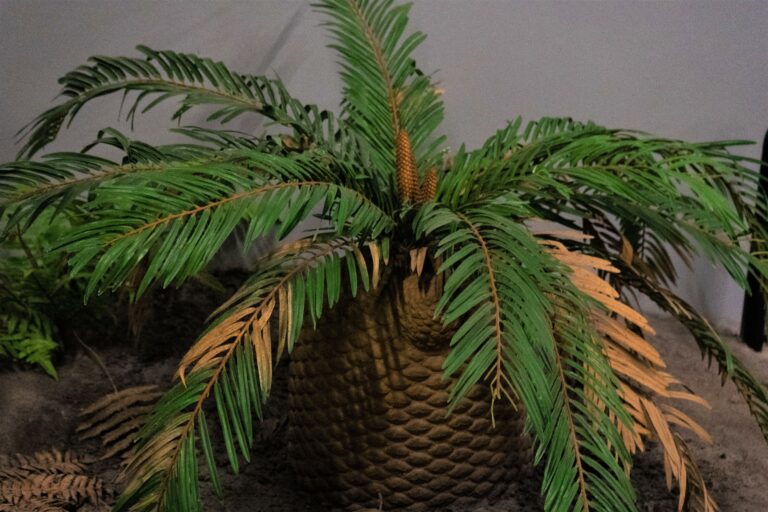 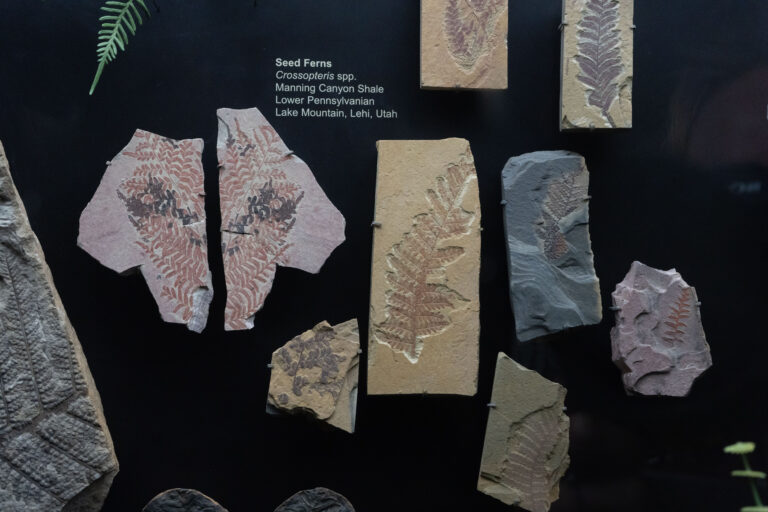 Plant-eaters that lived during the Jurassic period dined on a more expansive menu. While Conifer trees were around in the Triassic period, they really came to the forefront in the Jurassic. In addition to cone-bearing trees, Jurassic dinosaurs feasted on Cycads, Clubmosses, and Horsetail. Flowering plants might have also been in the mix, but those mainly hit the scene near the end of this time period. The Jurassic climate was hot and humid with bodies of water running through the forest, resulting in more plant variety for hungry herbivores and omnivores. 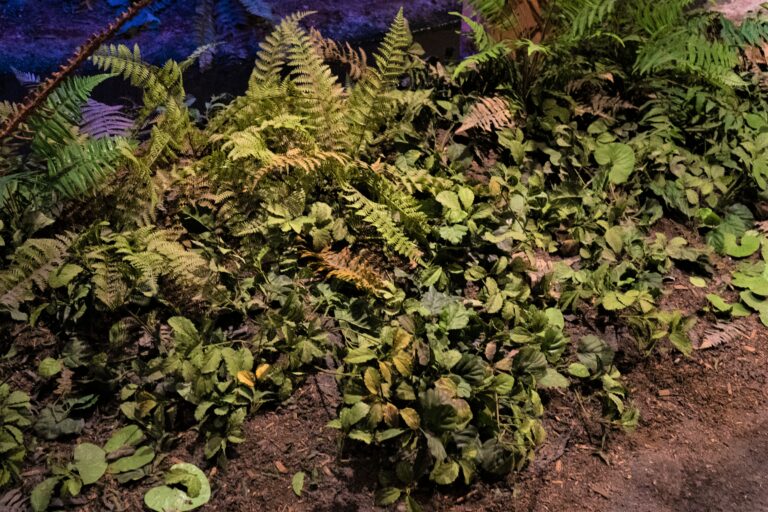 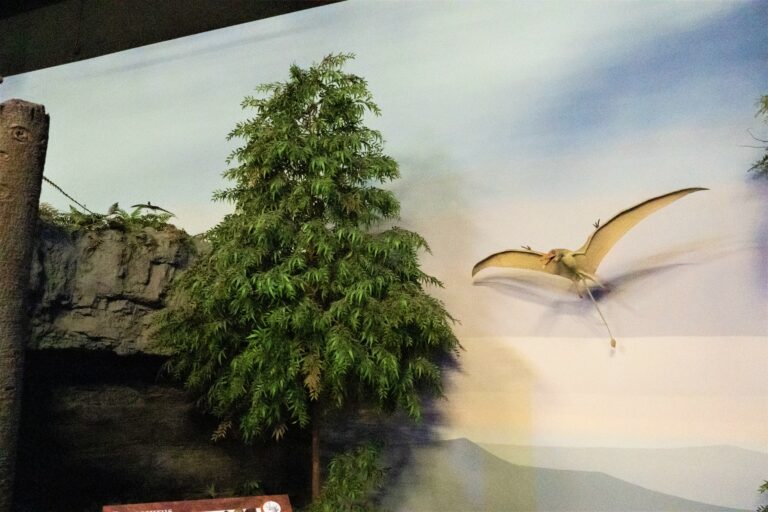 Flowering plants ruled the Cretaceous period. These angiosperms included magnolias, sycamores, figs, beech, poplar, and palms, and consequently added quite a bit of diversity to a dinosaur’s diet. The Cretaceous climate was tropical and sub-tropical, perfect for these nutrient-rich flowering plants.

Are any of these plants still around today?

Many of these plants went extinct with the dinosaurs, but a few are still alive today (though they may not be the same species). Pine Trees, Redwoods, and Ferns are the most common and may even live in your backyard. Cycads are rarer because they grow slowly and reproduce infrequently. Gingkoes are native only to China, but the plants that fed the dinosaurs are still part of our present-day natural world. 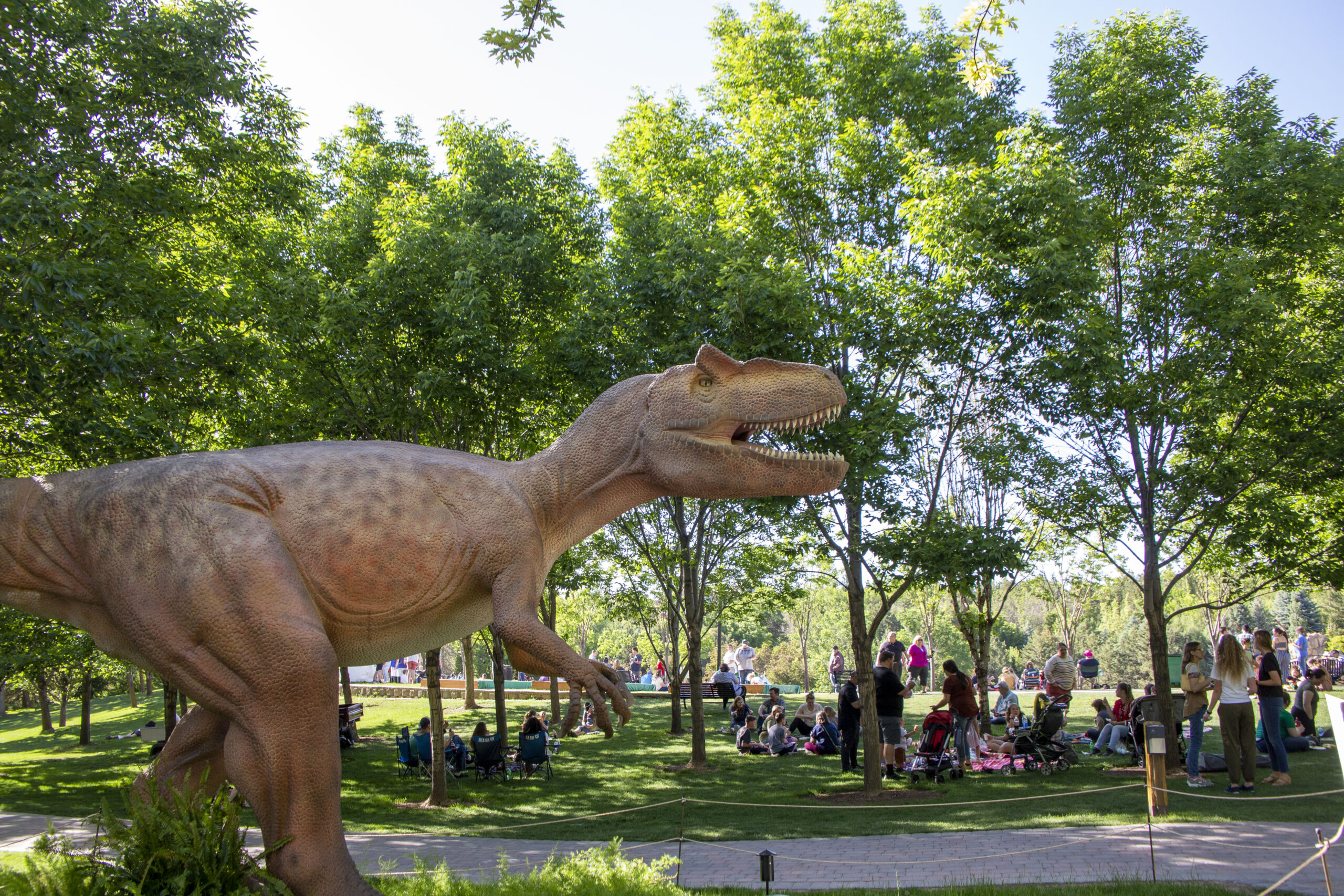 Summer In The Ashton Gardens