In 1993, a little thing you might remember seeing on billboards and banners was born: The “Got Milk?” campaign. Models, singers, television stars, political public figures, and athletes all sported the white mustache in support of one thing: milk. Which, if anything deserves international, decades-long attention, why not milk? After all, it is full of important nutrients like calcium and vitamin D, and it is a great source of protein.

But the milk you buy at the store and the milk the campaign advertises is not milk straight from a cow. The milk most people drink is pasteurized. Pasteurization is the process of heating milk to a specific temperature to kill harmful bacteria. According to the US Food and Drug Administration and the Center for Disease Control and Prevention, raw milk can contain multiple disease-causing pathogens. From 1993 to 2012, there were 127 outbreaks linked to raw milk consumption – resulting in 1,909 illnesses and 144 hospitalizations. Raw milk is any milk that comes from an animal and is not pasteurized. As organic food increases in popularity, so does the interest in raw milk.

It may not seem to be that big of an issue, but it is, in truth, quite a controversy. 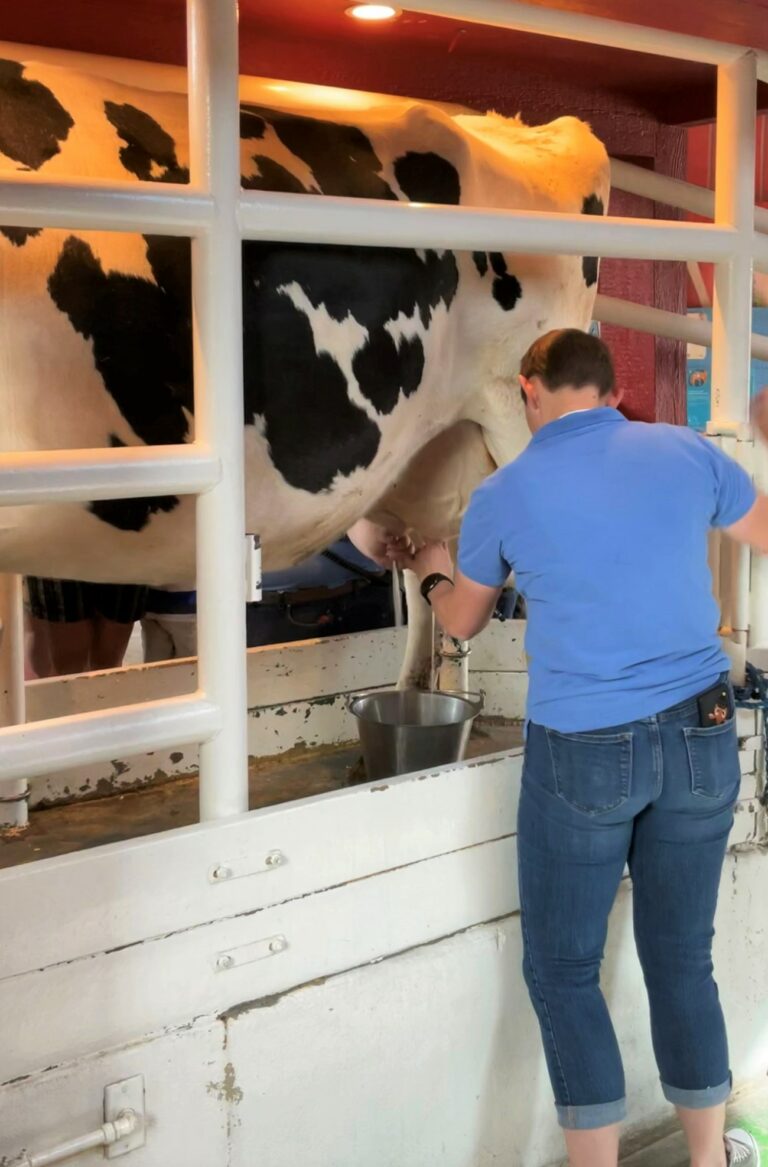 Here’s a quick rundown of both sides:

Advocates of Raw Milk believe that it:

The FDA refutes most of the claims raw milk promoters make, saying that raw milk:

Both sides cite studies and multiple sources for their claims, though they contradict one another. But like with any controversy, there is often evidence that can be found to support either side.

At the federal level, the FDA bans the interstate sale or distribution of raw milk, but states can adopt their own laws on raw milk sales.

Utah requires that the milk producer own the store if it is to be sold.

Other states have more lenient laws – like Arizona and Pennsylvania, which allow the purchase of raw milk in stores. However, some laws across the country are much stricter. In fact, 20 US states prohibit the sale of raw milk for human consumption.

3.2% of people in the US now drink raw milk, though advocates say it is likely closer to 5% due to illegal sales of raw milk. This can pose a public health threat, as harmful bacteria like E. coli and salmonella may remain in the milk if it is not pasteurized. Contaminated milk does not taste or smell any different, but can have devastating consequences that may result in severe illness. 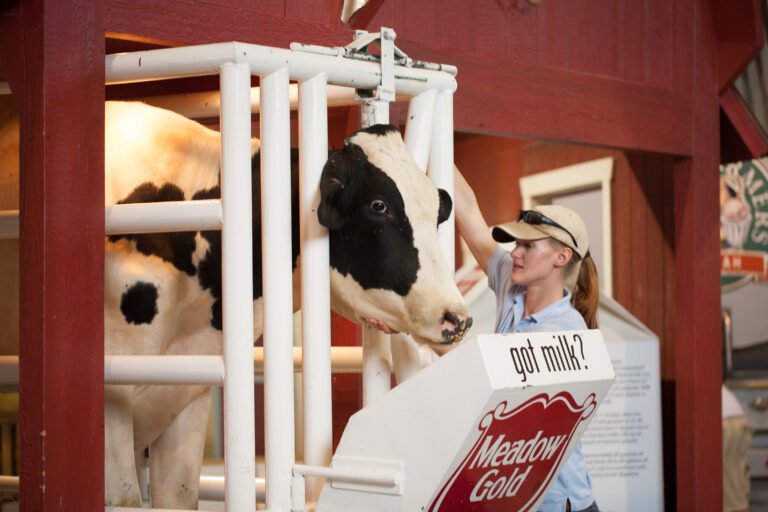 Thanksgiving Point’s Farm Country milks their dairy cow two times a day and each time she’s milked she supplies multiple gallons of moo juice. Farm Country does not pasteurize their milk, but they don’t sell it either. Our milk goes to the pigs. You can come to see the cows get milked, every day at 4 pm. If you want, you can try to milk the cow yourself! 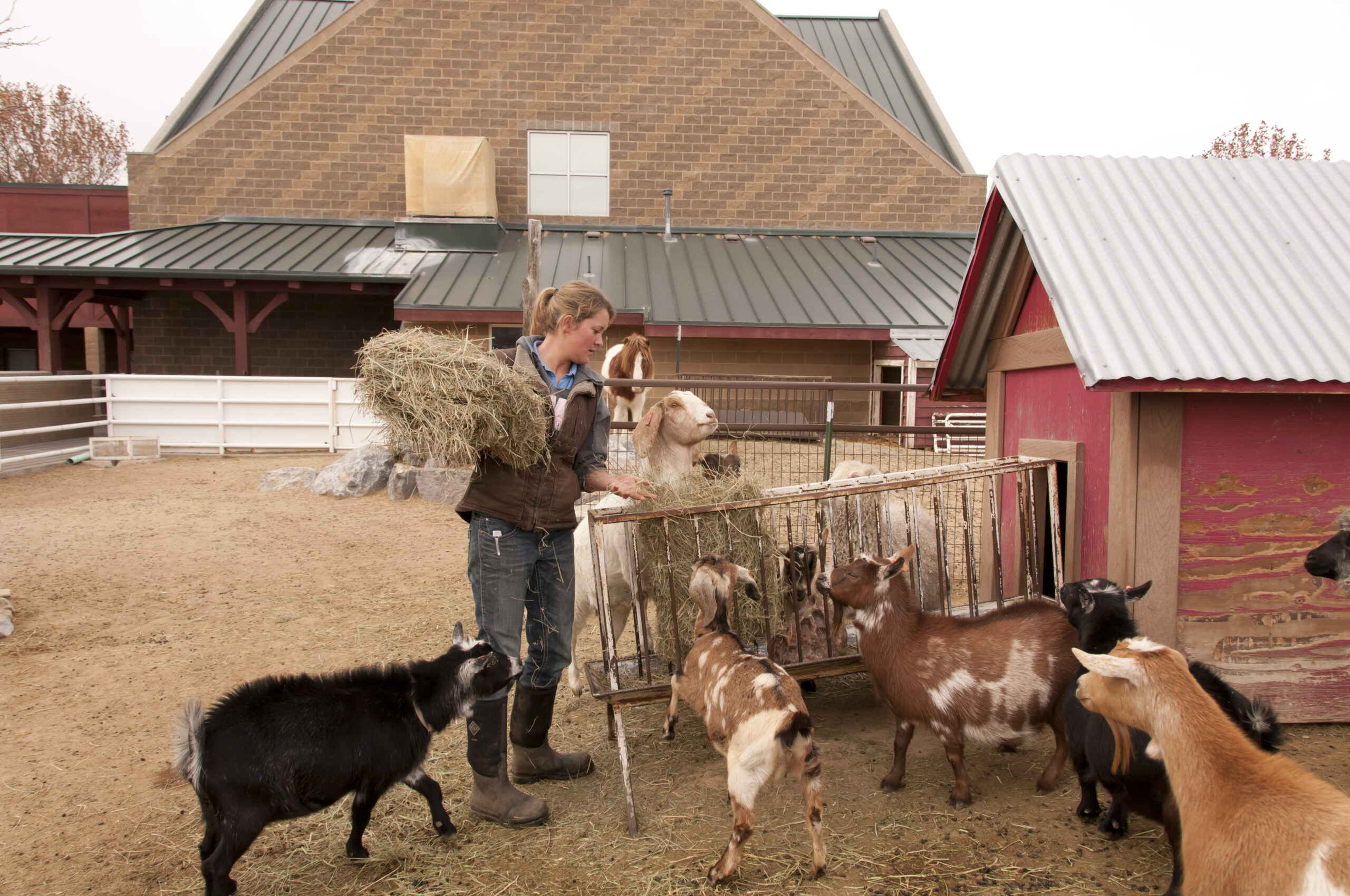 Just as Tough as in Billy Goats Gruff?